I like to stand stilll in tranquility knowing that I can do absolutely everything. 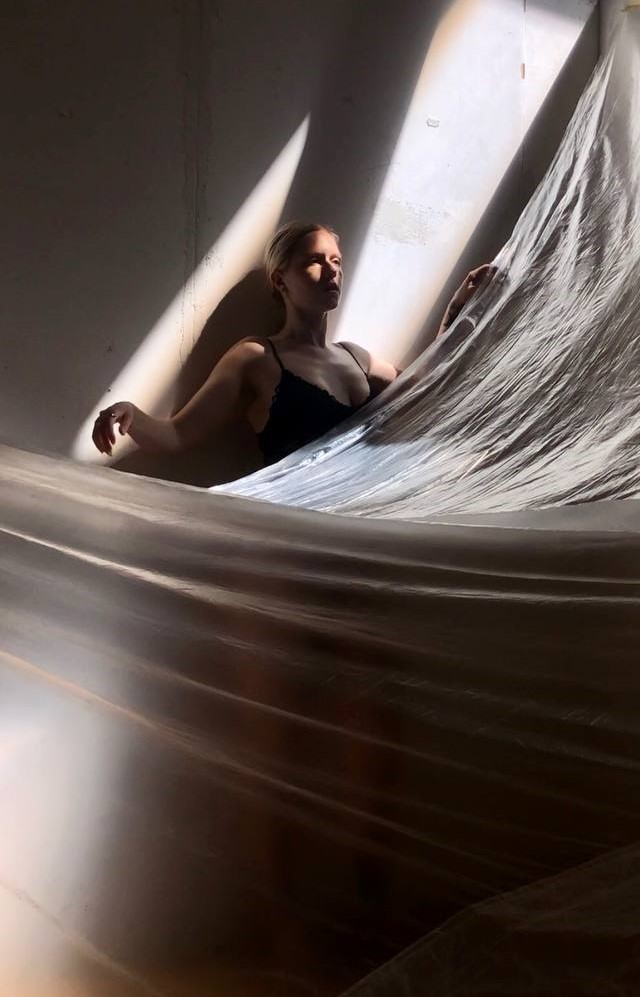 Sofiia Sorokina (°1996, Samara, Russian Federation) is an artist who works in a variety of media.
By merging several seemingly incompatible worlds into a new universe, she creates work through labour-intensive processes which can be seen explicitly as a personal exorcism ritual. They are inspired by a nineteenth-century tradition of works, in which an ideal of ‘Fulfilled Absence’ was seen as the pinnacle.
Her works are often classified as part of the new romantic movement because of the desire for the local in the unfolding globalized world. However, this reference is not intentional, as this kind of art is part of the collective memory. By emphasising aesthetics, she seduces the viewer into a world of ongoing equilibrium and the interval that articulates the stream of daily events. Moments are depicted that only exist to punctuate the human drama in order to clarify our existence and to find poetic meaning in everyday life. Strong political references are present in her artworks. The possibility or the dream of the annulment of a (historically or socially) fixed identity is a constant focal point. By referencing romanticism, grand-guignolesque black humour and symbolism, she uses a visual vocabulary that addresses many different social and political issues. The work incorporates time as well as space – a fictional and experiential universe that only emerges bit by bit. Her works sometimes radiate a cold and latent violence. At times, disconcerting beauty emerges. The inherent visual seductiveness, along with the conciseness of the exhibitions, further complicates the reception of their manifold layers of meaning.

Electronic music and cheap wine on the exhibition opening.

Opinion of others, especially artists. It took me a while & some intelligence to stop worrying about it as it does not matter at all. What matters is how much fun you are having.

I am a creator of forms and senses as I feel the word “artist” is misused a lot today and does not mean what it used to, it became kinda misleading.

My practice is a way to alchemically transform my feelings into some other material, to turn my tears into moneys. When I am performing or painting, the world drops dead and so do all my problems.

I think that when I focus on innovation more, we forget about the necessary.

The further from the place of my birth the better.

I try to put myself in uncomfortable conditions, where I am motivated to fight, move and grow alongside my art. Frankly, art scene is not a bed of roses and art itself is for anybody but not for everybody.