Popovic addresses junctions and in-between spaces. To trail for plastics and metals with vibrant colours that function as protective safety elements. Ripping out papers from ads, cutting in plastics to create stacks and collages, which mimic and trace the forms of repetitive structures of consumerism towards its collapse. 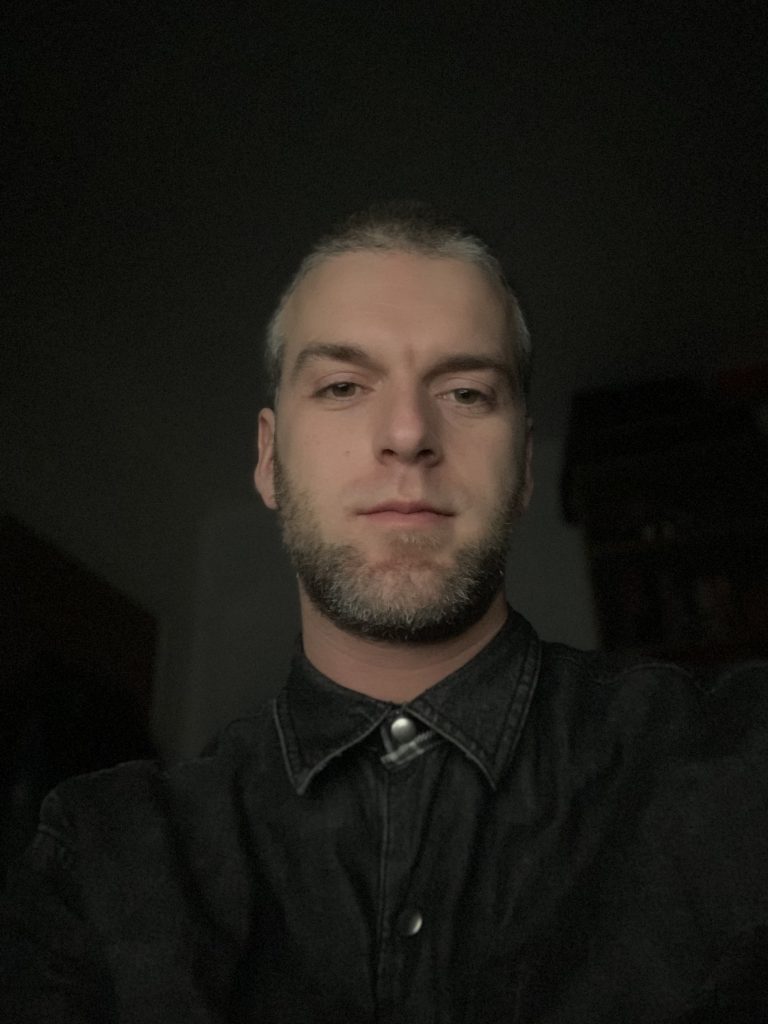 Ljubomir Popović (1987, SE/RS) is an artist based in Stockholm, Sweden. Popovic recently graduated with a BFA in Fine arts at Gerrit Rietveld Academie in Amsterdam and the University of Applied arts in Vienna, and has previously shown works at Stedelijk Museum, Amsterdam, Festung Hohensalzburg, Salzburg and Kulturhuset Stadsteatern, Stockholm.
—

By observing cities’ continuous and dynamic growth Popovic navigates through changing urban peripheries. Maintaining mobility as a performative process allows one to zoom in, witness and expose the later stages of gentrification and its power structures. It is a socially unfair process of pushing away local inhabitants in areas of segregation.
Popovic addresses junctions and in-between spaces. To trail for plastics and metals with vibrant colours that function as protective safety elements. Ripping out papers from ads, cutting in plastics to create stacks and collages, which mimic and trace the forms of repetitive structures of consumerism towards its collapse. The materiality of the spatial installation ‘The Inbetweenship’ comes from plastic safety rolls, main function to protect pipes and cables, that are placed below surface, in the layers of soil.

By collecting materials as archeological objects, Popovic displaces them from their context as an act of civil disobedience against the gentrification processes. Creative destruction, and its ruin value articulates a critical approach to the capitalist framework of gentrification. 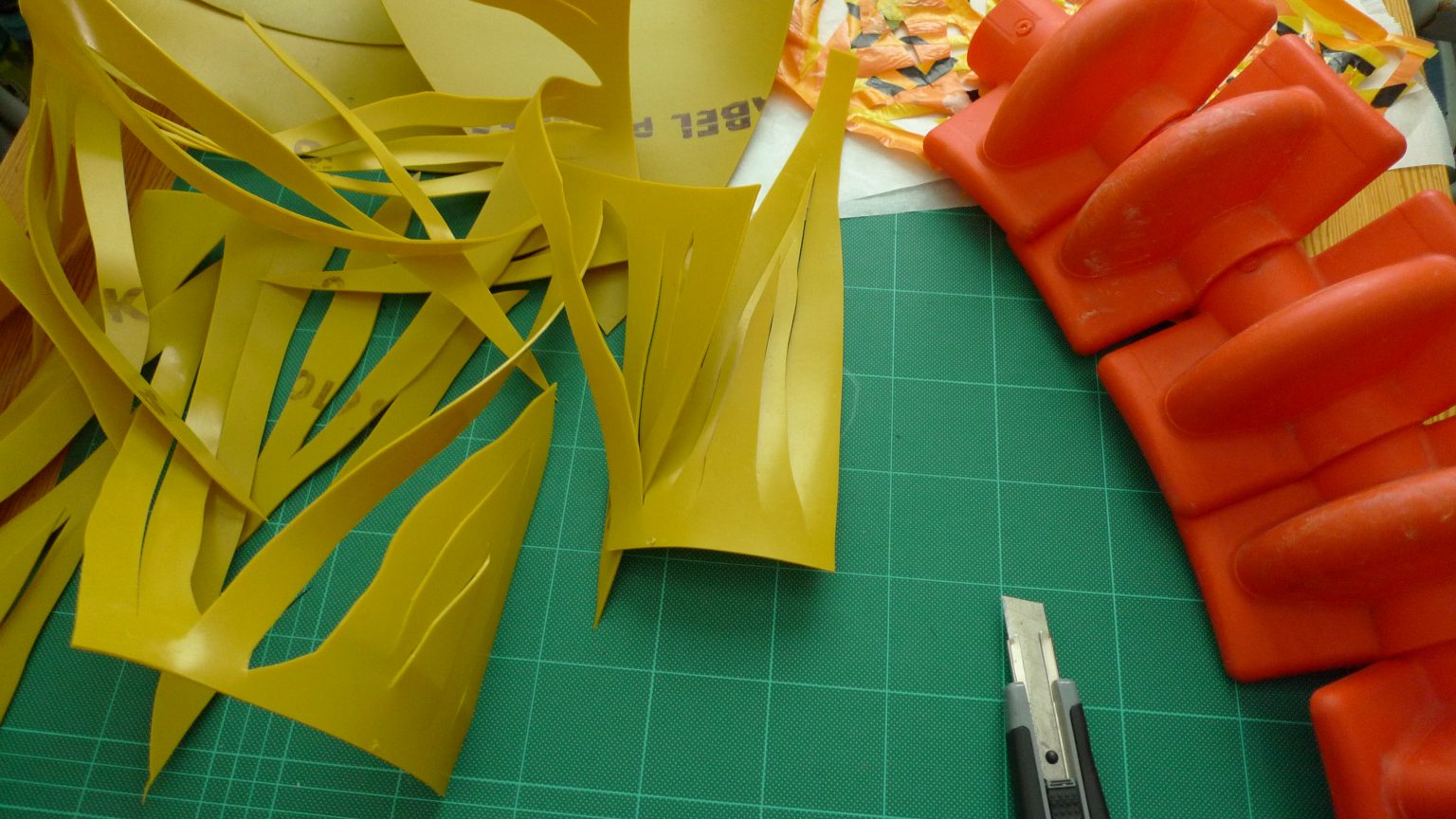 I think a common language for a younger generation of artists is that we set dynamics on the establishment, with a broader focus on intersectionality, equality and critical thought.

I orientate and recognize the stages of urban development, infrastructures and the process of gentrification. I zoom in and trail for materialities that function as safety elements we usually don’t see and observe on the surface. I collect and see them as archeological objects which are displaced with a critical approach to witness and expose the later stages of gentrification and the power structures of consumerism.

I think it’s all about patience and to dare the act when ready, in the right times.

Yes, I think I’ve had a creative process and saw it as a sanctuary since I was a child. It was a certain period of my life where I decided and knew this is a path I want to take. It’s a lot of effort to work with your passions, but on the long run, you learn from your process and always find new ones. I enjoy it a lot.

Walking a lot, preferably in nature by some water. It can also be something small ambiguous, like breathing while doing monotonous gestures, perhaps dishwashing while listening to the water flowing from the tap. And dancing to music, that makes me calm for sure.

Exploring and finding your own process, path and flow.

I for sure see my process within mobility, with my work I’d like to see, experience and travel the world. I have looked into variety of options for research and studies, slowly steady, maybe one day I’ll be in Nigeria, South Korea or Mexico?

My parents, graffiti and the struggle against capitalism.

From my experience who lived and travelled a lot abroad but visit Serbia annually, I see a flourishing, interesting and important art scene in Belgrade. Sometimes I do wish to see more daring, explosive and radical art. There´s a lot of cute and crafty people that could for sure do more planned out and largescale projects. That would be cool!

I think my process teaches me a lot about the in-betweens and junctions of the urban peripheries and its architecture. The city always grows, sometimes drastic, always dynamic. I hope to find equilibrium within that process, to raise new ideas and find innovative ways to set better structures for our future living.