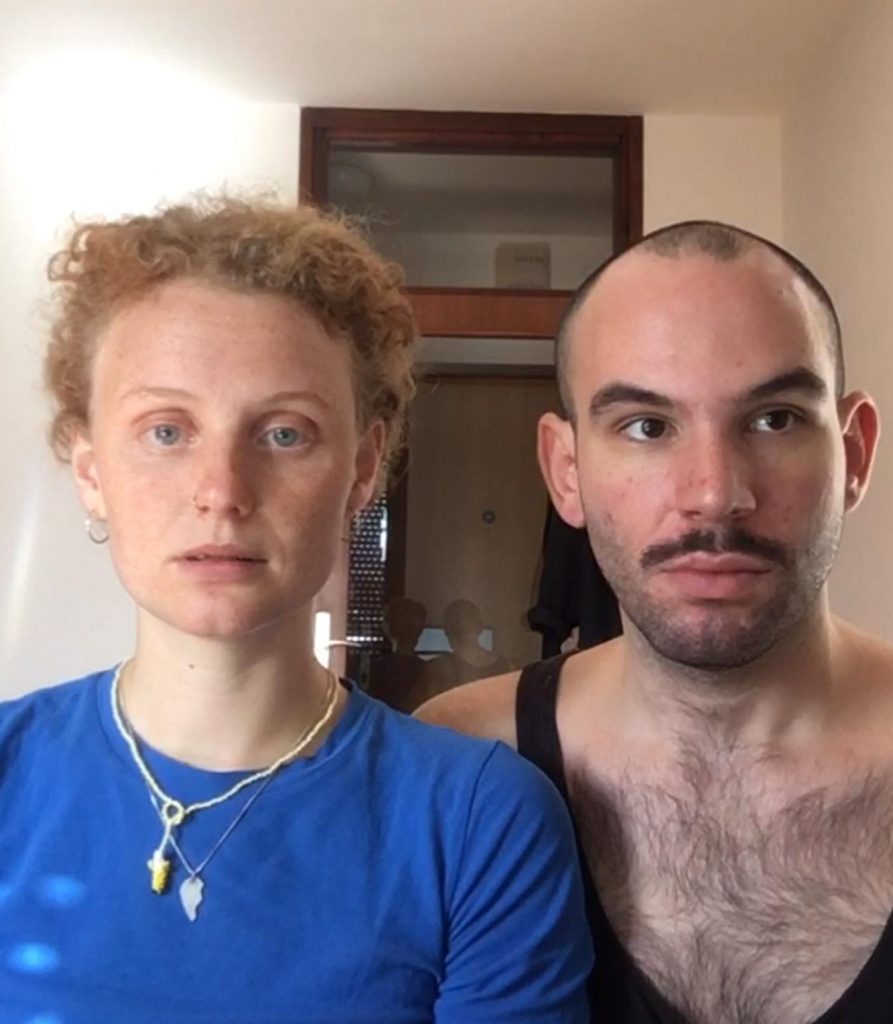 Karen Nhea Nielsen (b.1990) is a visual artist, performer and a collector of notes, quotes, thoughts and situations which she is replaying over and over in her head; and then I said and then you said and then I looked him in the eyes and said no. Working with and in relations to others her practice revolves around the ambiguous relationships we have with institutions, processes and people. She holds an MFA from the Royal Danish Academy of Fine Arts, Schools of Visual Arts. Besides, she has a big fascination with rabbits.

Marko Gutić Mižimakov (b. 1992) works with performance, animation, choreography, text and sometimes sound. Since 2017 he has been collaborating with fellow artists, dancers and performers on a series of projects based on interaction with animated figures named affective clones. Recently he is looking into proximities of drag performance and images synthesized by machine learning. He lives and works in Zagreb. After graduating New Media from the Academy of Fine Arts in 2018, he initiated the project Čvorište (The Hub) in GMK.

Karen Nhea Nielsen and Marko Gutić Mižimakov have been collaborating in several projects since they met in Zagreb in 2017, and would like to thank Nika Pećarina for composing the autumn theme music so Lilyslava8 and AmpersandG8 have something to dance to in thank you for being here with me.

We think together
We work together

I wish to talk as a we, but then you said that you hate when people are talking on behalf of you, and I agreed, that's not what I want, but then maybe not speak as we but be a we, however that works.

We think together
We work together

To the whole, we oppose the parts. As parts taken out of their whole or a togetherness of several wholes that is of ourselves, individuals being in common.

The word as presence, as feeling as sense (more than meaning).

She said something about that we are not limited to two, and I felt she wanted to make a point more than she actually believed it. That's how you speak most of the time, you ask me what's my favorite dish or film or color, just so you can make the point that you don't want to distinguish the world like that. But you still have a favorite color, it’s purple, and you like to go to the cinema and watch Scandinavian dramas. I like hot dogs, I said and you laughed.

I guess it started with the notion of a we, and a wish to separate the presumptions of the we with the word, like if we could start with a we without any meaning except that we are more than one without being limited to two or three or whatever preferred number.

Belonging as presence, as feeling as sense (more then meaning).