This body of works attempt to touch that timeless moment, that calm, plenitude and silence right after the end, and from there on, a future not so lost but born anew with the presence of organic forms derived from nature, those without a consciousness that have been able to survive. 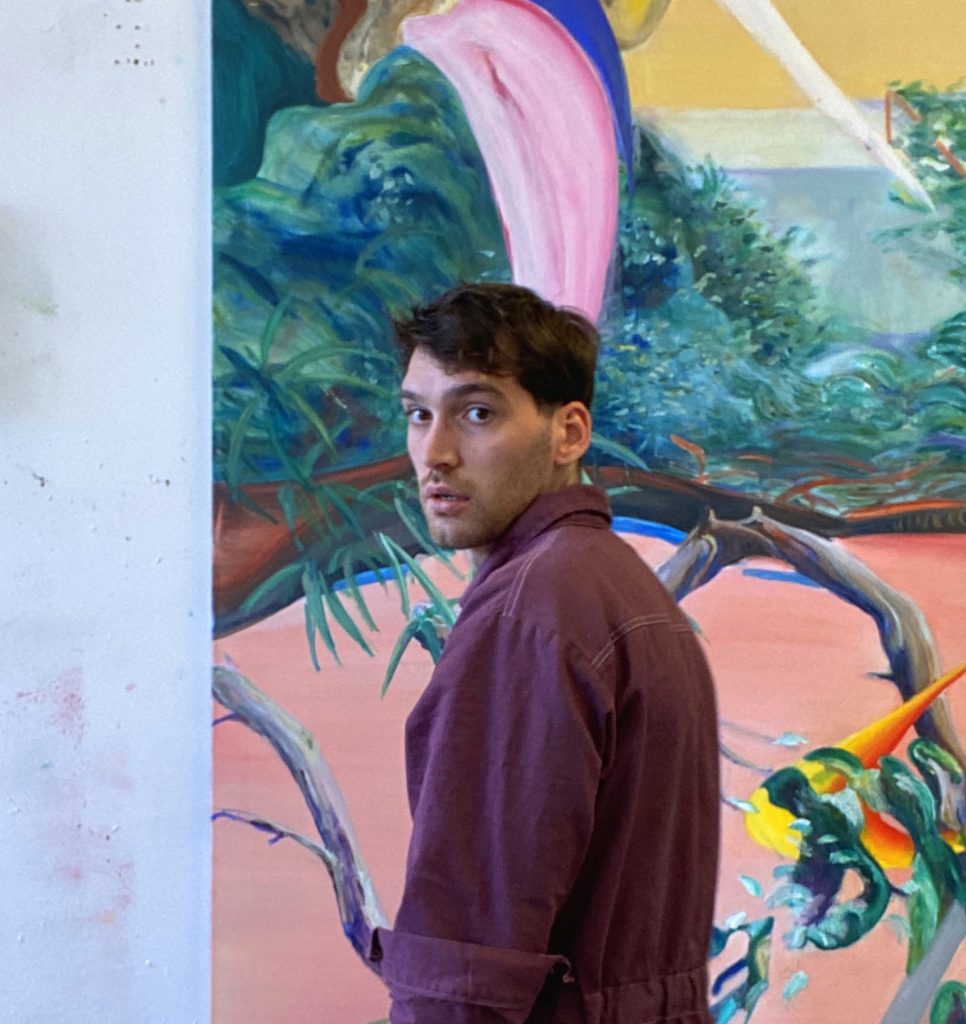 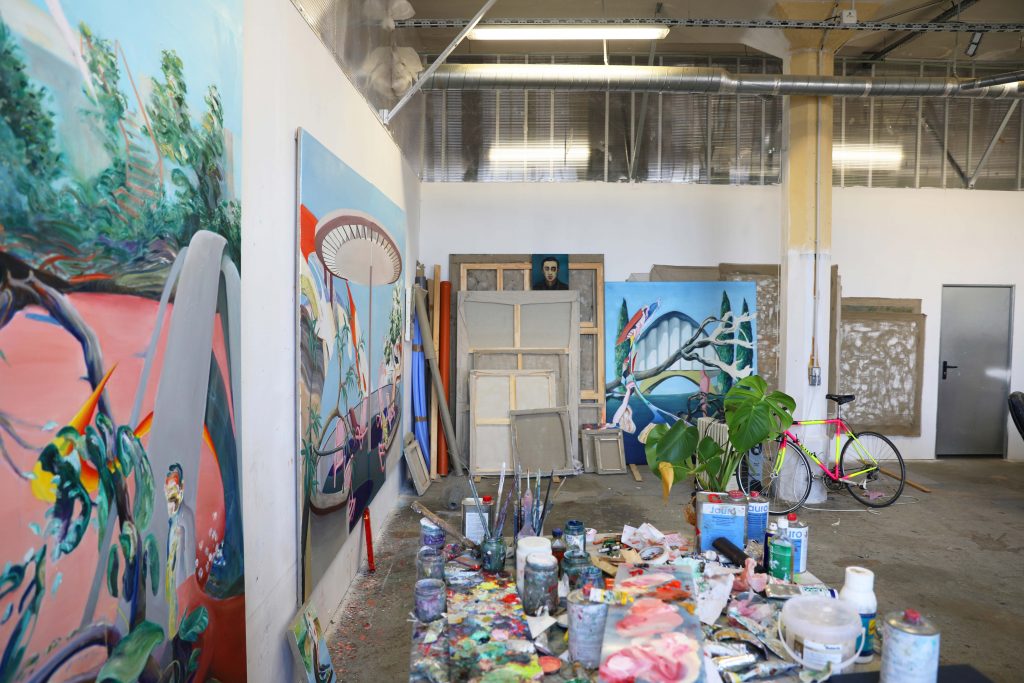 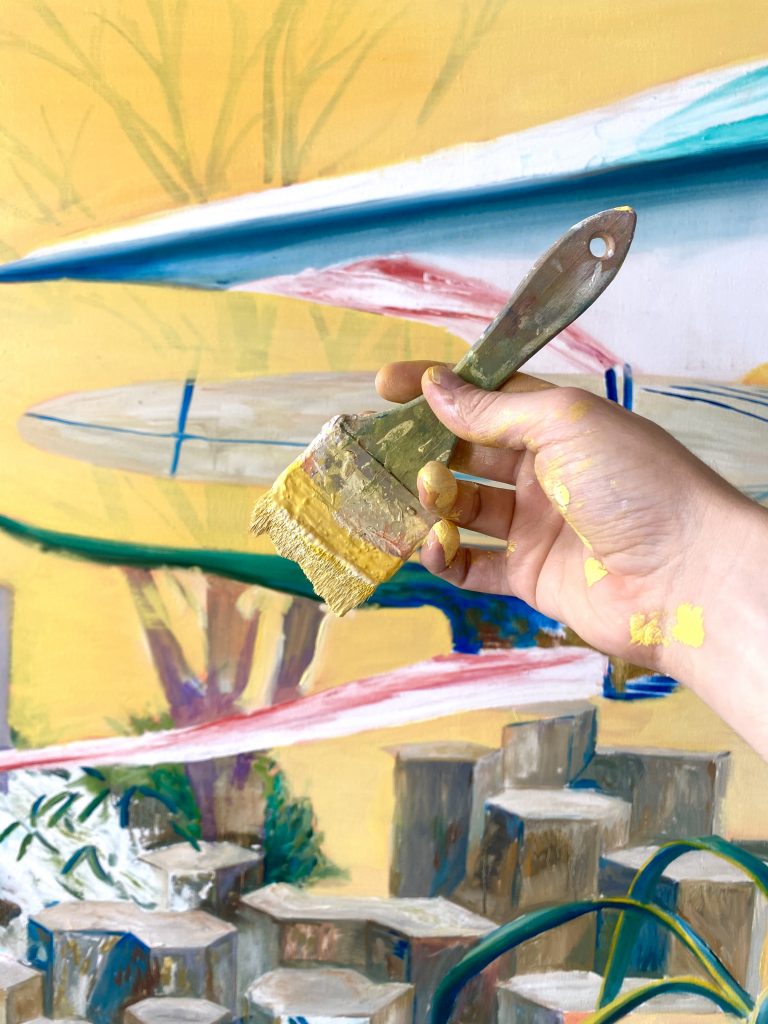 Clément Bedel is a French visual artist born in 1993 in Strasbourg, France. In 2012 he enrols at the Ecole Nationale Supérieure d’Art et de Design de Nancy where he mostly practices installation and performance. After an exchange program at the Fakultet Likovnih Umetnosti in Belgrade in 2016 his attention switches fully to painting.

Following his Master degree at the ENSAD in 2017 he comes back to Belgrade where he was a guest student at the Fakultet Likovnih Umetnosti and participated in a number of exhibitions in Serbia and France.
He most notably had a solo exhibition showcasing his previous body of painting, «Shimmering through Reality» in KC Grad, Belgrade in May 2109 and participated at the Biennale ‘‘MULHOUSE 019, la jeune création dans l’Art Contemporain’’ in June 2019.
His last solo exhibition « On the other side of the Sea » was presented in U10 ArtSpace, Belgrade in June 2021.

After living in Belgrade for four years and being part of artists residencies, developing projects, in Leipzig, Germany(2019) and Istanbul, Turkey (2020) he is now based in Mulhouse, France.