Olena Newkryta (*1990, UA) is a Ukrainian-Austrian visual artist based in Vienna, whose interdisciplinary work includes photography, moving image and installations. Her artistic practice and research examines social fabrics, the production of cultural identity and space with regard to historical and political narratives.

She studied at the University of Applied Arts Vienna as well as at the Gerrit Rietveld Academy in Amsterdam and is a member of the Golden Pixel Cooperative – association for moving images and media art. 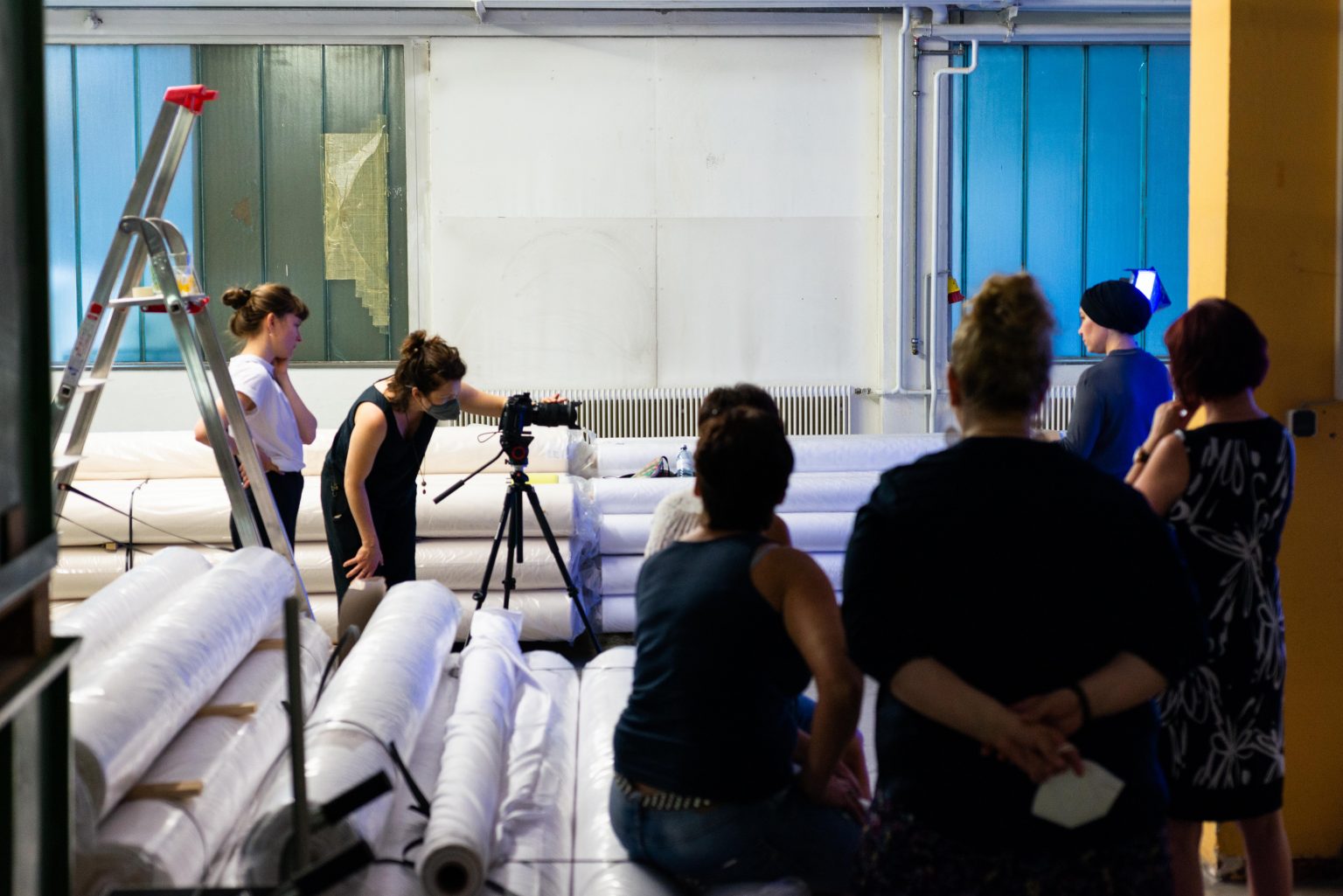 The fact that humankind is being programmed by surfaces (images) should not be considered a revolutionary piece of news. On the contrary, it apparently signifies a return to a primitive origin. Before the invention of writing, images were a decisive means of communication. Because most codes are ephemeral, such as the spoken word, gestures, and song, we are dependent on images to decipher the meaning that man has given both his deeds and his suffering from the time of Lascaux to the time of Mesopotamian tiles.

It was as if the social relations that produced the object in my hand began to glow within it as they were threatened, stirred inside their packaging, lending it a certain aura.

We have entered into a culture where we no longer just work, we perform. We need to perform because that is what’s asked of us. When we choose to make our living on the basis of doing what we want, we are required to get our act together and get things done, in any place, at any time. (…) When do we commit to perform of our own free will? And when is our commitment elicited under false pretenses to enforce the ideology of high performance and boost someone else’s profits? How can we tell the difference? And who is there to blame, if we choose to exploit ourselves?

Contemporary arts workforce consists largely of people who, despite working constantly, do not correspond to any traditional image of labor. They stubbornly resist settling into any entity recognizable enough to be identified as a class. While the easy way out would be to classify this constituency as multitude or crowd, it might be less romantic to ask whether they are not global lumpenfreelancers, deterritorialized and ideologically free-floating: a reserve army of imagination communicating via Google Translate.

I like no. It’s sidewise to a reverse mantra (om). It’s stealthy, portable, and unslouching. It presides over the logic of my art, and even when it is uttered erringly there is something admirable in its articulation.

The book of the future will be non-national; for it need the least education to understand it.

I am convinced that the future is lost somewhere in the dumps of the non-historical past; it is in yesterday’s newspapers, in the jejune advertisements of science-fiction movies, in the false mirror of our rejected dreams. Time turns metaphors into things, and stacks them up in cold rooms, or places them in the celestial playgrounds of the suburbs.

I find it impossible to answer name one specific source of inspiration as in fact it is the multitude of words that I have read, people I have met, images I have seen and thoughts have listened to that all together influenced me and my thinking. Therefore, I am answering those questions with the language of the commons, with the written words of others.

I am looking forward to get to know the Serbian cultural scene. I hope it is as described in those words:

„People struggle at the doors to get in, they discuss and argue in front of the pictures; they are either for or against, they take sides, they say what they think at the tops of their voices, they interrupt one another, protest, lose their tempers, provoke contradictions; unbridled abuse comes up against equally intemperate expressions of admiration; it is a tumult of cries, shouts, bursts of laughter, protests.“

The quality of light by which we scrutinize our lives has direct bearing upon the product which we live and upon the changes which we hope to bring about through those lives. It is within this light that we form those ideas by which we pursue our magic and make it realized. (…) As we learn to bear the intimacy of scrutiny, and to flourish within it, as we learn to use the products of that scrutiny for power within our living, those fears which rule our lives and form our silences begin to lose their control over us.