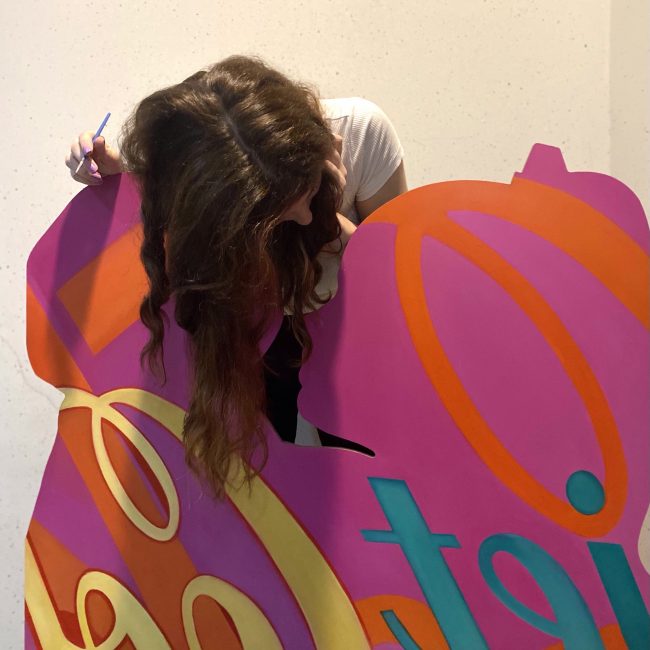 Kristina Bajilo was born in 1995 in Belgrade. She graduated from the University of Arts in Belgrade, Faculty of Applied Arts at the Department of Painting 2018. She obtained her Master's degree in 2019 at the same university in the class of Professor Nikola Božović. Kristina is currently a PhD student at the Faculty of Fine Arts in Lisbon, Portugal. She has exhibited at more than 20 group exhibitions, in the country and abroad, and has realized solo exhibitions. She is a scholarship holder of the Foundation: Dositeja, winner of several awards and recognitions, and is represented by the X Vitamin Gallery.

With her works, Kristina Bajilo re-examines the relationship between the media and reality, that is, the notion of reality through the capitalist paradigm, and the position of the individual in compressed time and space. She uses everyday media images and emblems of popular culture through painting techniques to be subversive of the transience of digital existence.

Magnified representation of a branded wallet and credit cards in the form that accompanies the object itself in order to emphasize its objectivity. This work presents a commentary on today's popular culture, social networks, and at the same time examines the notion of values and the space of freedom in the multi-capitalist and corporate system in which we live. Kristina Bajilo deals with the problems of the influence of popular culture on young generations. The artist considers various aspects of the activities of that culture, primarily its destructive effect, but also the possibility of critical action with its means. In the painting style of collage, she combines selected images of scenes from movies, music videos, pictures from magazines, social networks, representing and examining the position of the individual within the corporate and capitalist system in which we live, dominated by consumerism and imposed norms of life values whether we perceive them as true or those that create a sense of paradox. 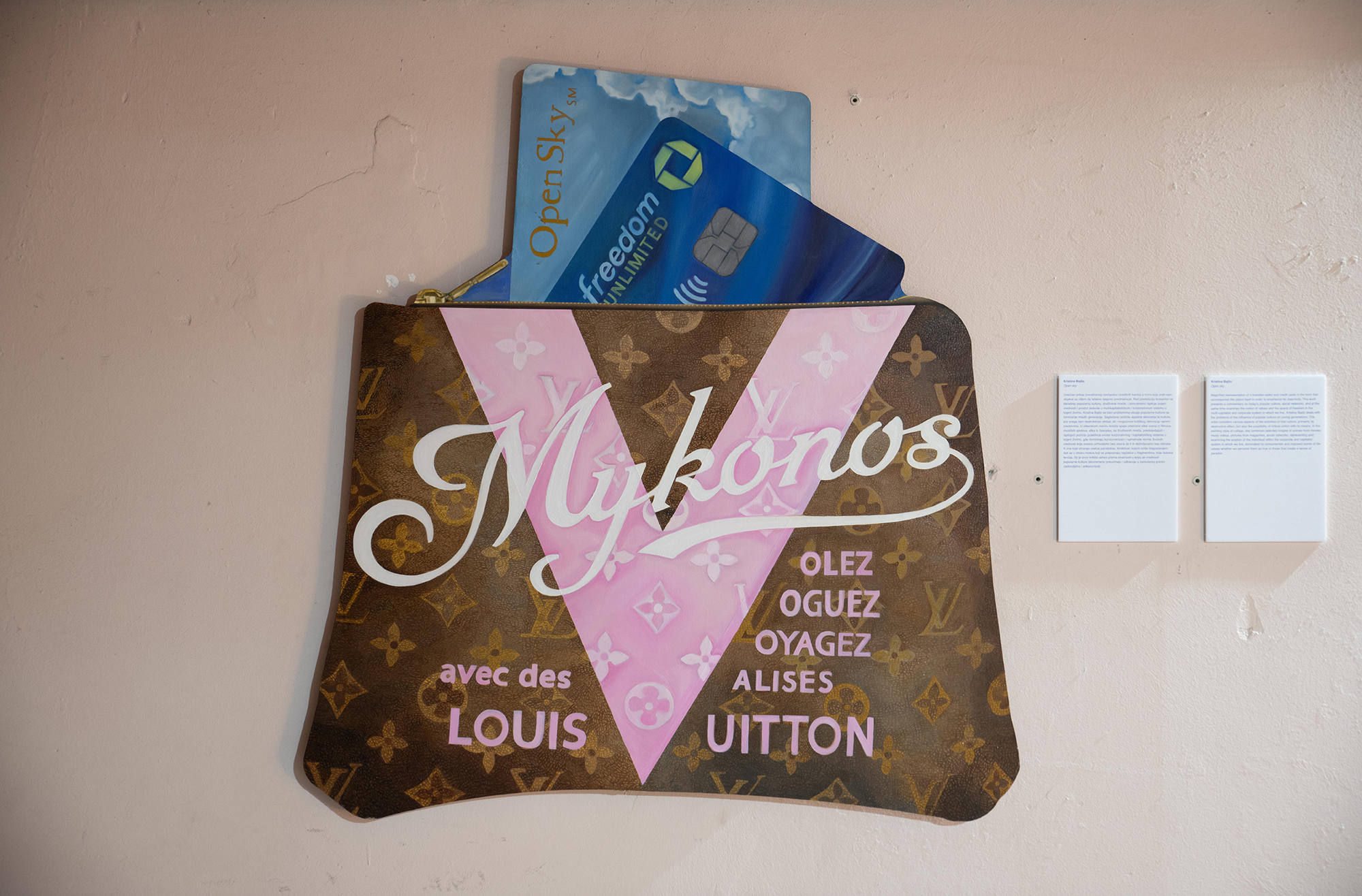 For me, language is a medium that mediates our immediate experience, which Hegel calls sensory certainty.

I am inspired by the reality in contemporary popular culture, its products and the impact on young people, so the process of creation begins with the observation, analysis and collection of images (from movies, music videos, social networks, commercials) that surround me. These paintings undergo various modifications, mainly in the form of a digital sketch in the manner of a collage. In the end, they materialize and gain their aura through manual reproduction, painting technique on various substrates.

It is a challenge for me to present, comment on and criticize socio-cultural problems, aspirations and value systems, in parallel with examining the paradoxical position of the individual within the capitalist system. On the other hand, I am looking for different artistic solutions, but also forms of painting that enters space, three-dimensionality, etc.

I deal with art, and whether I am an artist or not can be judged by people who consume what I create. In order for something to be art, it should have its own poetics and aesthetics, as well as meet the general criteria of inspiration and skill. All this, integrated into one whole, can provide a framework for a work of art.

I don't think I have a need to escape, it somehow comes spontaneously when I completely immerse myself in the creative process.

Probably as for most, the one who is able to improve and modernize, inventive, intelligent, creative ... However, it can be said that creativity is more than innovation, because creativity has the potential to open, according to Heidegger, the horizons of the new development and society of the individual.

I plan to continue to improve my artistic practice, participate in group, solo exhibitions and projects in the country and abroad.

As for theoretical thinking, they are based on the thoughts of philosophers such as Baudrillard, Debord, Lipovetsky and others, and in artistic and conceptual terms, I am most inspired by American pop art.

Diverse, interesting and with great potential.

The creative process directs my flow of thoughts and influences the following research, that is, it follows my personality development and vice versa. They can be said to be complementary and complementary.