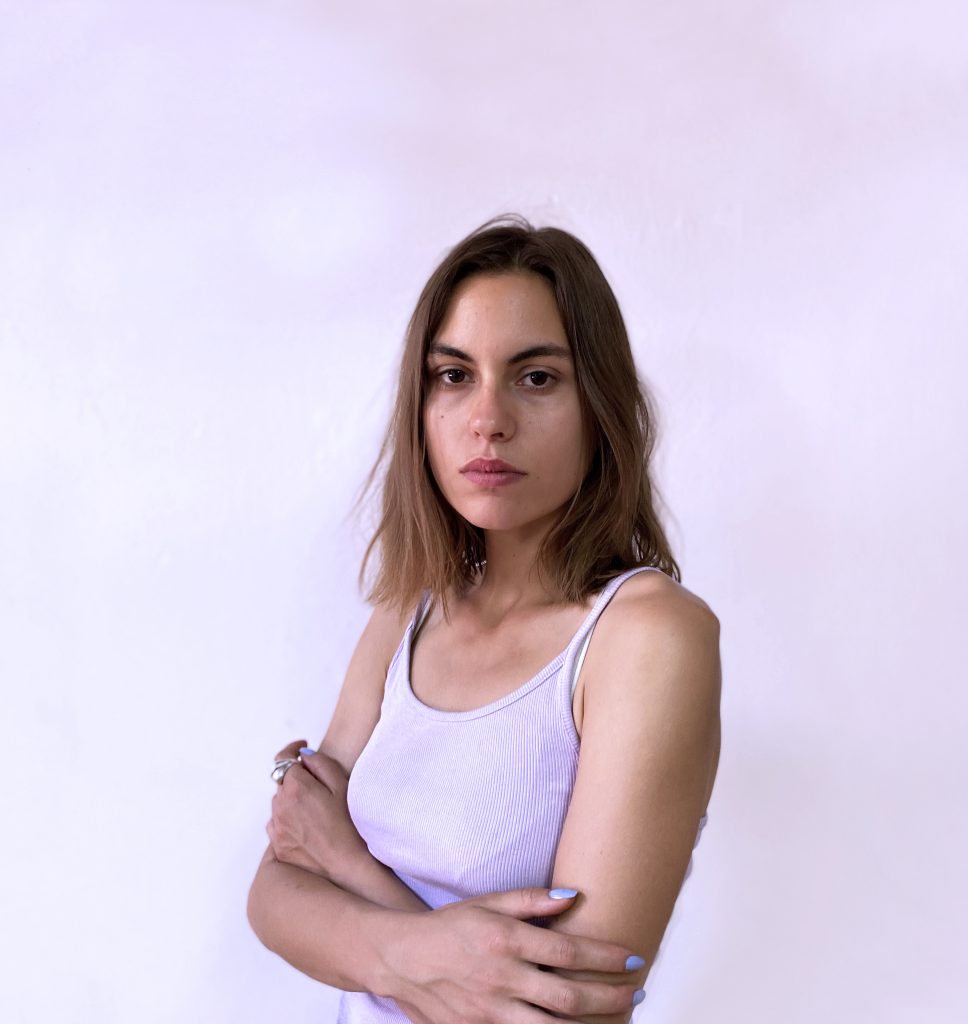 Darija Dragojlović, born in Kraljevo, on August 6, 1996. He is currently in the final year of master studies at the Academy of Arts in Novi Sad, Department of Fine Arts, majoring in painting, in the class of Professor Vidoje Tucović. She completed her undergraduate studies at the Faculty of Philology and Arts as a graduate applied artist, in the department of wall painting, in the class of Professor Goran Rakić. So far, she has realized 4 solo exhibitions, as well as participation in several group exhibitions. In his work he expresses himself in the field of drawings, paintings and installations. As of this year, he is one of the editors of the art program of the Šok Zadruga gallery (Šok Koridor and Šok Bulevar in the Bulevar Books bookstore).

I base my research process and artistic practice on re-examining the principles according to which universal patterns are created that appear in different domains in human habitation. From the real contemporary issues we face, and which concern the field of the collective, such as social norms, political and media blockades, environmental (un) consciousness, consumerism, certain claustrophobia, to the field of the individual, in the form of abstract, spiritual notions. our main starting point is the problematization of the difficulty of establishing the balance given to us in the collaboration Man - Environment. 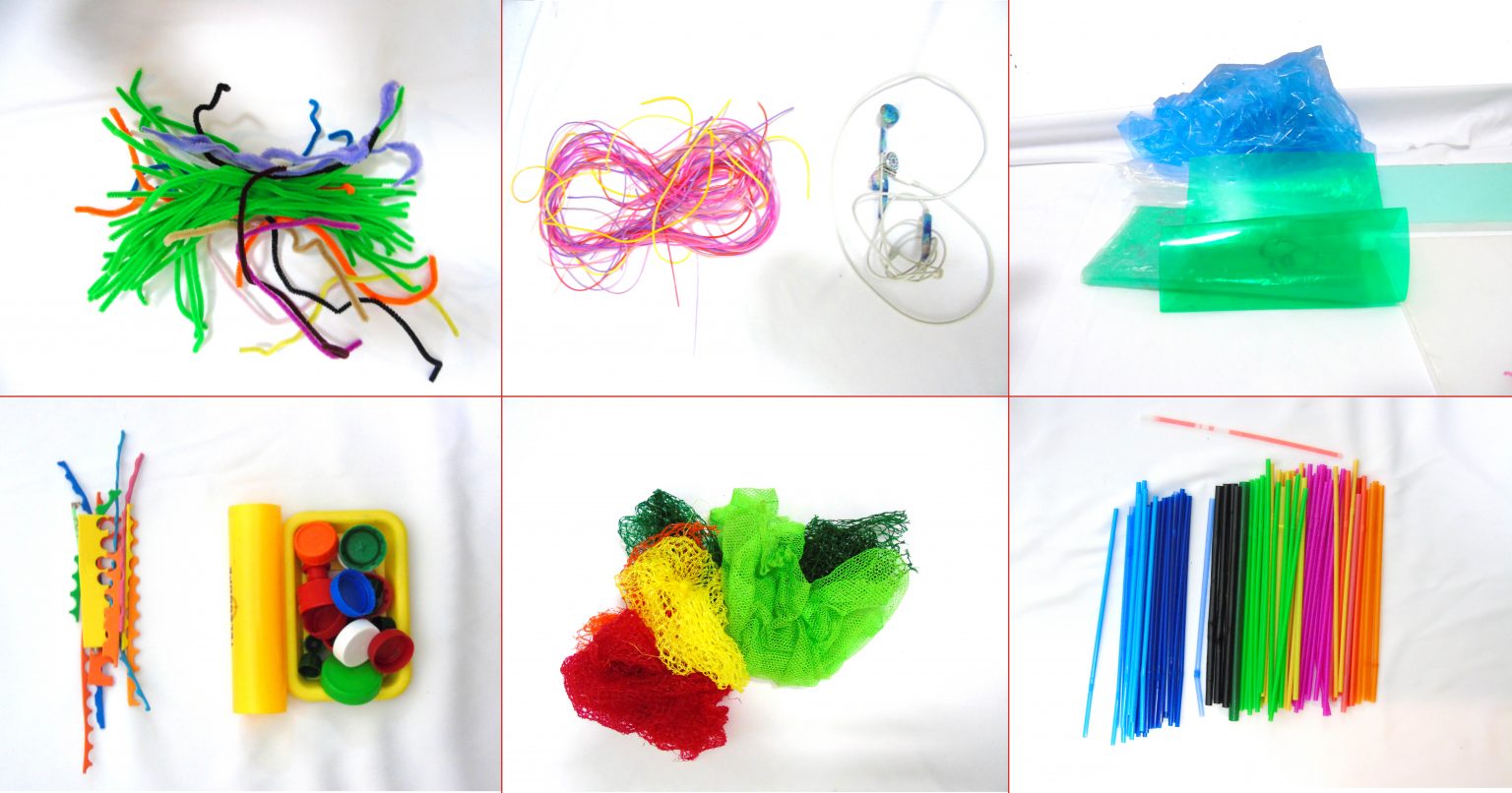 The work consists of glass objects (in the form of tubs), which are located in parts of the space or in the external environment at waste disposal sites, but which are not perceived as a place for waste at first sight aesthetically and due to the way they are equipped. By placing it in the parts of the space where garbage can usually be found, the artist gives instructions to passers-by who will be able to dispose of their waste in an adequate way (washing, sorting, stacking). Following the instructions, passers-by would have the opportunity and challenge to think about how and in what way they can harmonize waste with the visual concept in front of them, but they would also be able to see waste disposal sites as open space that has its own order, significance, and further flow. During the exhibition, the objects are transformed and transported to different places, outside the space and in the space itself, with the idea to look at the joint performance of the audience and the idea from several perspectives, as well as to ask how we experience our personal waste sorting place. can we, through joint collaboration, pay attention to the collective awareness of waste, landfills, and the general environmental situation in the country in which we live and consume. The instructions that Dragojlović put next to the work are applied to Plexiglas, which is a by-product and waste from the polycarbonate factory that she collects and reuses for various purposes. The Statement, as well as the title of the paper, also the instructions of concise character, are presented in three languages, alluding to current investments and projects taking place in our country, which are of foreign character as well as foreign benefits, making the situation a collective opinion of citizens Serbia devalued. The work itself is a personal maximum contribution to the facilities to be in accordance with environmental principles, while all the material of plastic origin found in the facilities is collected (during their own use of certain products for various purposes) and donated by volunteers to participate in collection and classification waste (mentions: volunteers from the Facebook page Za manje smeća i više sreće - Zero & Low WasteSerbia). 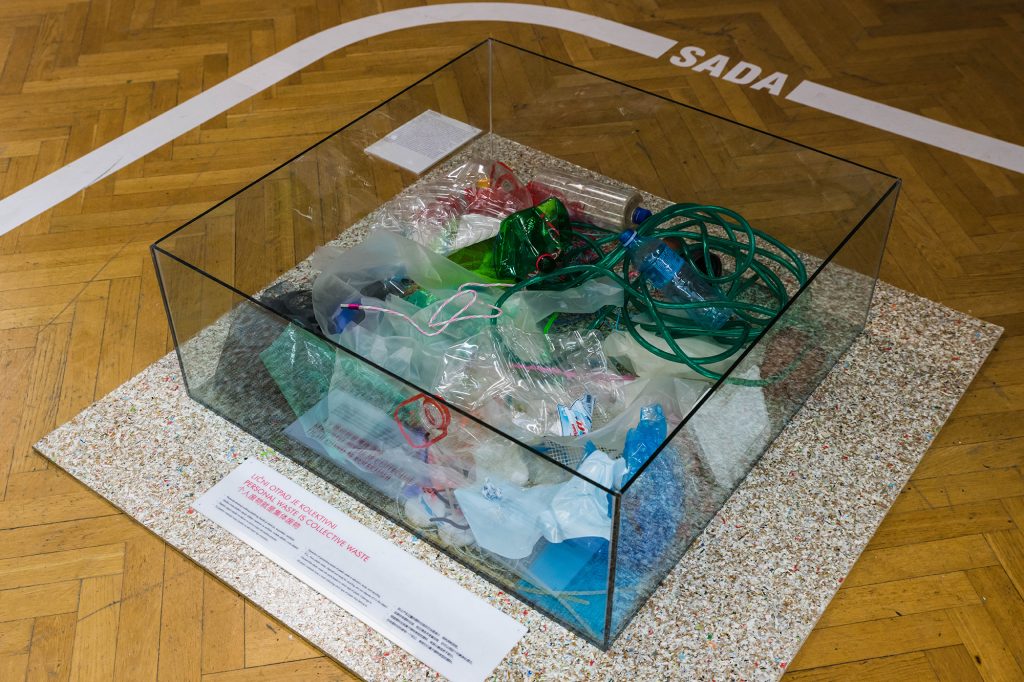 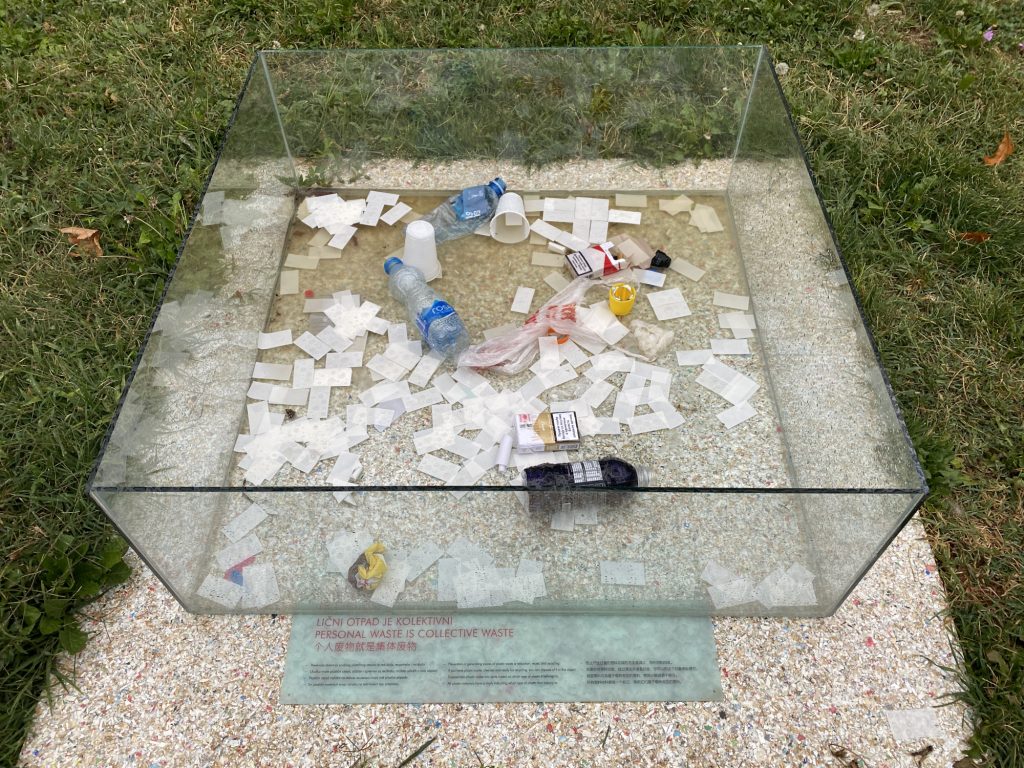 The common language of young people for me is the ability of young people to understand each other and together, from different aspects and interests come to functional solutions for the society they represent.

I mostly start by developing a concept in written or thought form, and then look for a solution for the visual interpretation of that idea. During the creation of the visual presentation, I try to make the material with which I express myself meaningful and appropriate in relation to the work I want to report.

Apart from some intuitive and individual motivations and reflections, I try to put an emphasis on collective issues through my work. Currently, the biggest challenge and incentive for me to create ideas is to problematize methods and rules with which we can bring the balance of various problems in our environment.

For now, I would say the creator of my ideas, and whether I am an artist is more a personal aspiration that I will strive for and reconsider whether I managed to achieve it. I perceive the notion of the artist as a pointer and questioner of current problems in my time. The artist conceives his entire personality according to his essential idea in order to convey it and point out what he wants, and I am not sure if I still see in myself that degree of "renunciation".

The need to escape is present as a form of balancing with oneself, so that one can deal with specific issues and problematize them.

Innovative for me is the emergence of unconventional ideas and their realization, as well as the formulation of existing ideas that are placed in a new context or connected, in hitherto unspecified relations.

I think that in addition to further education and further education at higher levels of study than the current one, there is a plan for personal artistic practice to be realized through group projects so that the domain of the establishment you want to transfer is more visible, but also so that the approach to ideas is more diverse. more noticeable to observers.

Mostly a combination of circumstances and opportunities to see from the practice of other people from different fields how I could contribute a certain idea through the creative process.

I think she is very versatile, active and colorful. I also see that the aspects they deal with are mostly related to the global entity, and less and less local, which is logical for newer generations given all the levels of opportunities for access to information and events, as well as easier communication system with the most remote environments. .

Certainly to be constantly modified in relation to interest and occupation through the creative process. I experience this change of my personality as a certain metamorphosis that must happen through everyone's personality for the sake of their own maturation, and the creative process in the field of art is only a medium that we choose as the initiator of that metamorphosis.